Today I am in Melaka ... the historic city where I worked on the submarine pipeline to Pulau besar in 1993. My friend Md Din asked about the "age" of Melaka's history. The chart here probably answers his question ... Parameswara seem to have been born in 1344 and probably came to Melaka circa 1400. 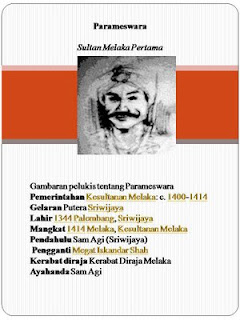 The subsequent sultanate list is shown in the below chart. 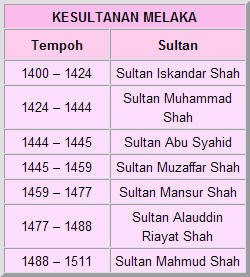 I have been to Melaka many times since then and have seen Melaka change slowly. The usual spot like the A Famosa has been the same probably since the Portughese era!! 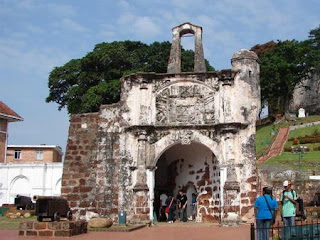 And the Dutch Square is more or lessthe same except for more "becas" (trishaws) in the area. 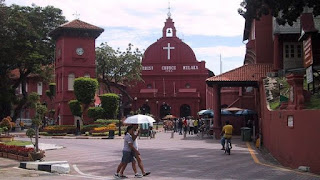 But this time I saw the "new Melaka" with its splendid river bank and completely redone tourist area. The river is so clean with no floating debris and the water is kept at high level without tidal effects by having a "gate" at the river mouth. 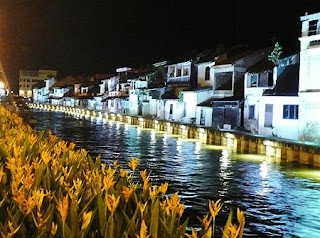 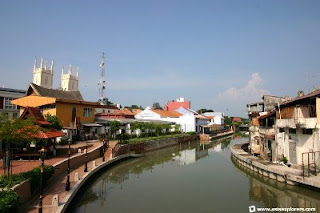 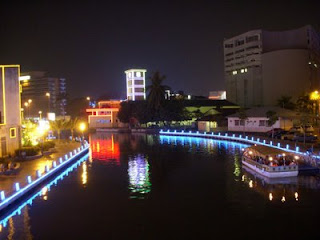 River bank at night
I must say that our dear Ali Rustam (the Chief Minister) has done a great job in this. We kept talking of tourism and also the UN World Heritage City status ... but really these are the kind of efforts that really show our committment.

By the way, a few things has not changed. The wonderful kuih shop at Ujong Pasir called Perhentian Kuih Ujong Pasir (just after the olf police station and before the Portughese settlement area) 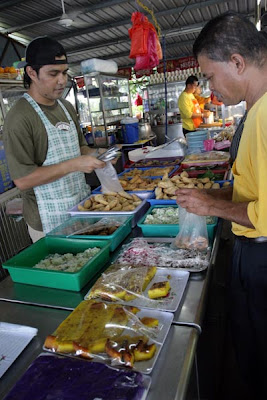 Perhentian Kuih Ujong Pasir
We had a range of cakes (kuih) and some great juices. All was wonderful and the price was unimaginably reasonable!! Never miss this place if you are in Melaka.

There is also the asam pedas ikan pari in Tengkera which has been there for ages and the same taste still prevails. Opens so early (maybe at 6.30am) and closes once the fish finishes! And that can be as early as 11am!! 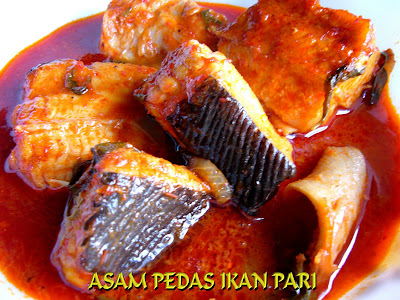 So, the charm of Melaka is ever vibrant. But complaints? The hotel prices!! That has skyroketted ... we had a surprise to know that the good names (like Equtorial and Holiday Inn) were going for above RM250! Found a few more reasonable rates at Grand Continental, Bayview and Orchid Hotel ... all ranging RM150 plus levels.
Posted by ravi311 at 7:44 PM No comments: