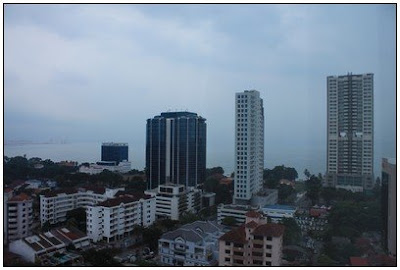 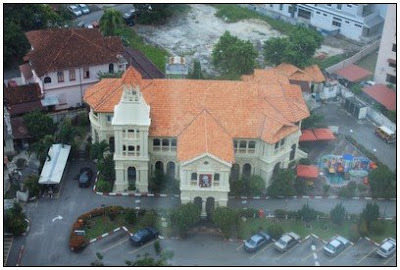 This is the kentucky Fried Chicken outlet next to Hotel Royal ... converted old bungalow 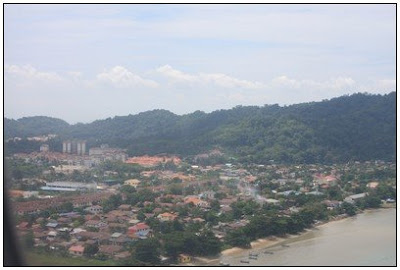 View from Air Asia (flight AK5358) landing from west of Penang island ... the houses must be some village
There has always been this nagging feeling to find out why Penang islanders always feel that they are the "real" Penagites and the Seberang Prai people are just mainlanders?

Originally Penang was part of Kedah - and the great British guys who came that way negotiated and got it ceded to the British East India Company purportedly to provide protection to Kedah. Then came a character called Francis Light who raised the Union Jack (just like any other British place) ... and probably brought a gang of Indian sepoys too.

The settlement (township) was called Georgetown to honour King George (how else could Francis Light be in the good books of the Queen?). Then came the fine day when the Siamese army invaded Kedah ... and Francis Light naturally just watched and wondered!!

So the Sultan of Kedah wanted to take the island back. Man ... how can that be?? Now of course the British started their "taici techniques" and instead agreed to pay a royalty provided the Sultan gives away a portion of mainland ... Aha! There comes Seberang Prai (then called Province Wellesley)

Apparently the Penang government still pays a honorarium of RM18,000 per year to the Sultan of Kedah!
Posted by ravi311 at 10:02 PM No comments: 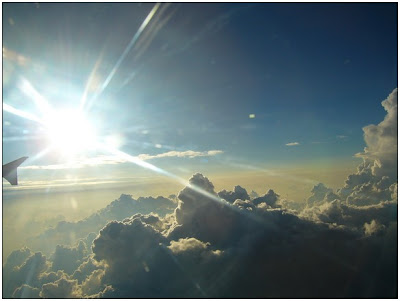 Sunrise in the east as Air Asia's new Airbus A320 glides through the sky!
I had been to most towns (I mean capital of States) in Malaysia. Alor Setar was among the later ones visited around 1993. It has changed wuite abit since and I had made several trips after that. My latest trip was in may 2008. 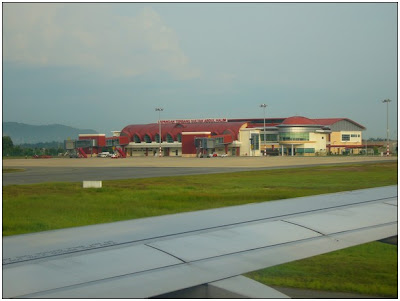 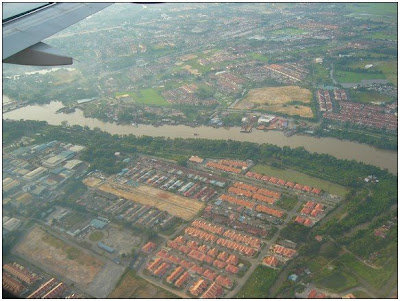 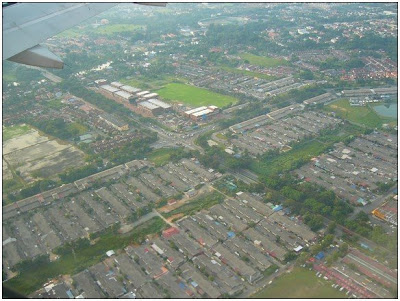 More of Alor Setar from the air ... as we land into the airport
The food in Alor Setar probably has not changed much ... at least since Mahathir's era!! I had a great nasi lemak under a tree in 1993 but then amazingly my memory did not serve me well to find that old tree!

During this 2008 trip, it was a quick meeting and off to Penang. So the only chance was to taste the tea in the airport and some nasi champur in town.
Posted by ravi311 at 12:12 AM No comments: