Your food can be my poison, separated by the two continents

I was having my Smoked Golden Tinapa ... smoked milkfish, mango salad, garlic rice and a sunny side up fried egg at the Pancake House in Burjuman Mall (Dubai). 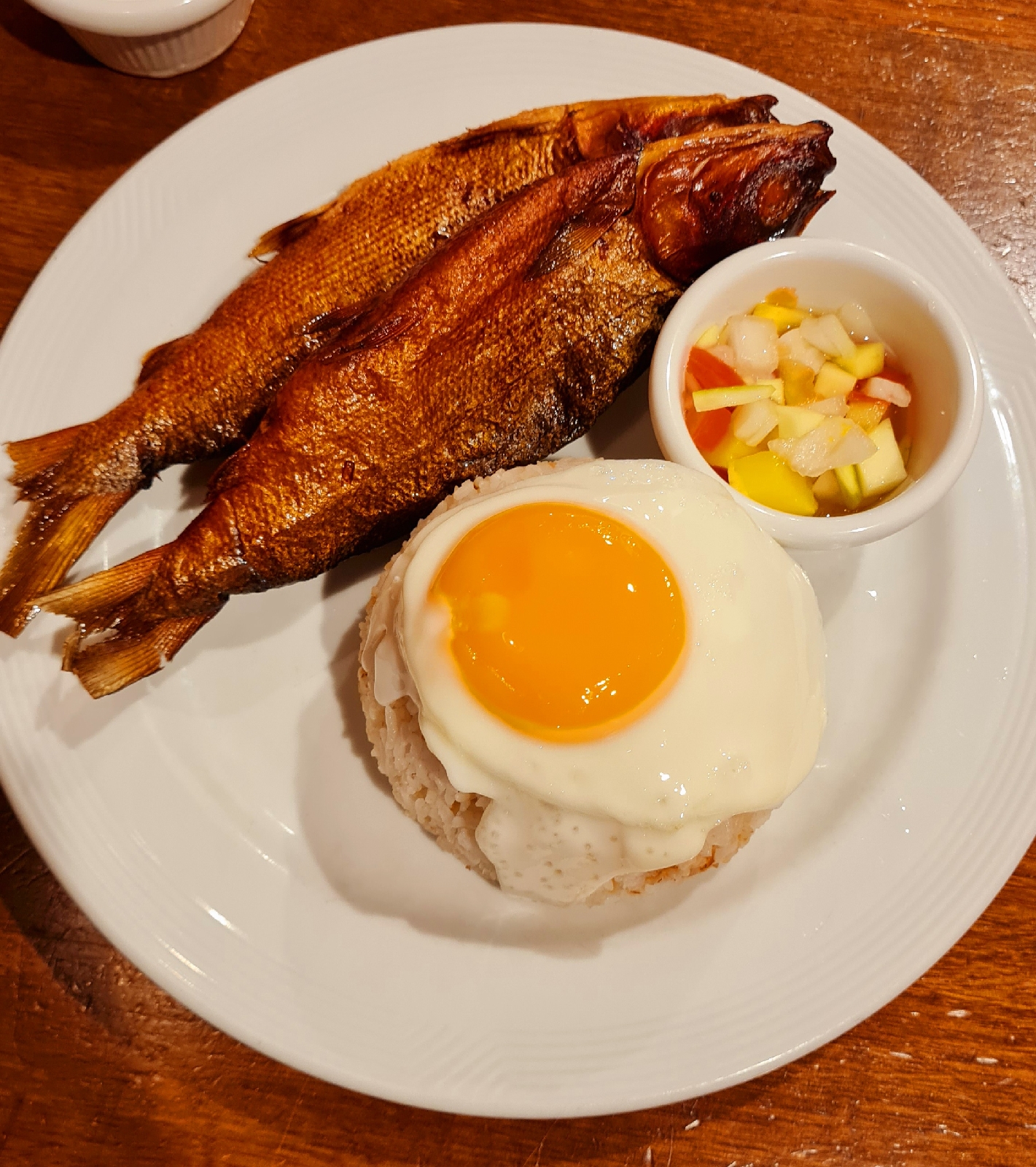 A couple sat at the opposite table. The Pakistani guy had a look of ecstasy as if he just landed on the moon and Biden gave him a green card. His blonde-haired Filipino lady friend was cool, browsing the menu.
In a few minutes, I heard him say "You choose what you like" ... and she rattled like a rusted machine gun, ordering a host of things to the waiter who was sounding like a thirsty frog on a cloudy day. In the end, I heard her say "Banana split, we share okay ..." and soon, after the waiter left, she started describing to him the dishes she ordered, and now the guy's face began to reflect the intensity of the mismatch between the food he was expecting versus the "egg, chicken liver, mashed beef in vinegar" that he is hearing.
When he came in, he thought "How much can this go wrong? It's the Philippines with the same chicken and beef"... and now he realizes that chicken can be cooked in a hundred ways that do not fit his tastebuds.
Now the man from the moon turned into someone who looked like a patient with an intestinal disorder and just out of the hospital with unsolved constipation. I think, he was reminiscing about the buffet at Al Ebrahimi running like a YouTube show, while accepting the fact that last night's emotional decision has brought him to today's financial obligation with an indigestible lunch.
He will never say "You choose what you like" anymore unless he is in Al Ebrahimi. He would also have understood that chicken can be turned into poison in some places outside his home country!
I finished my lunch, enjoyed every bit of the de-boned fish and went to my coffee adventure upstairs.
Posted by ravi311 at 5:36 PM